What can we expect from the Housing Market in 2023? 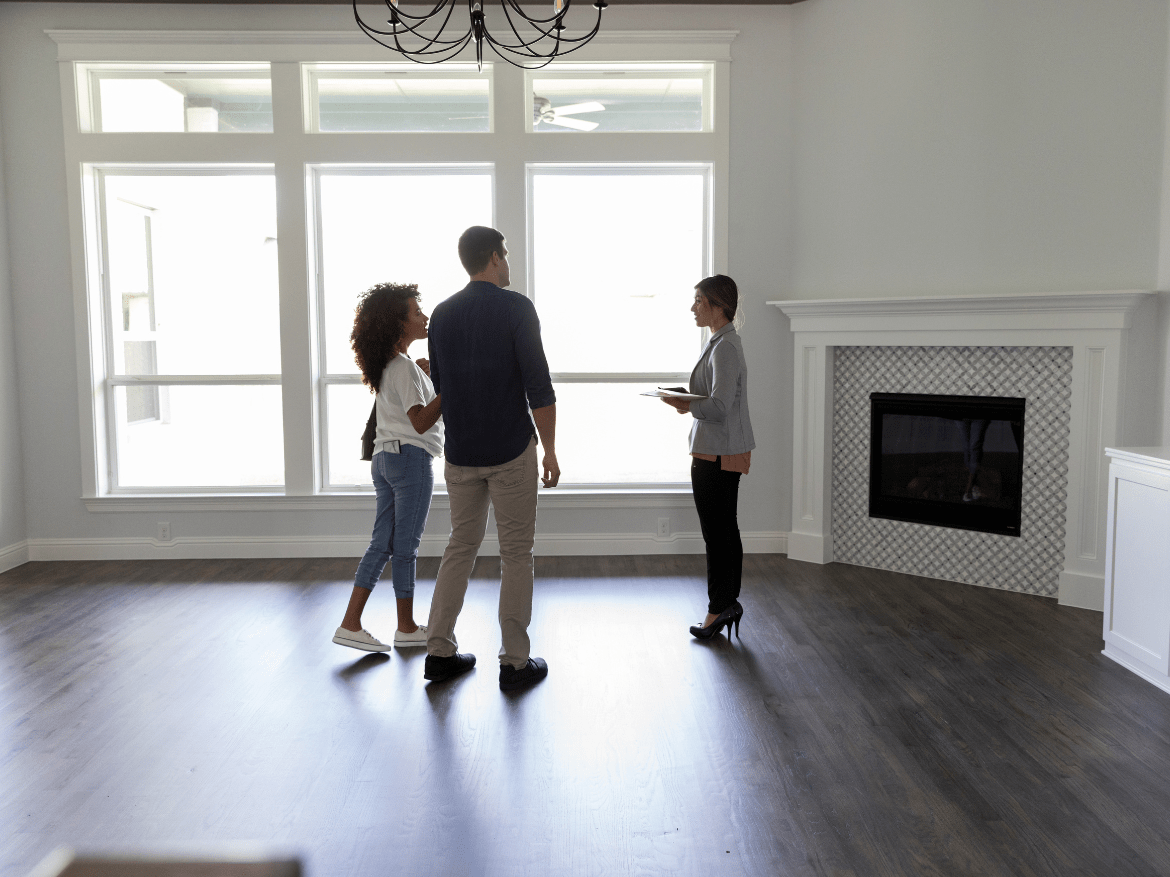 As economists, analysts and real estate brokers predict, the housing market in 2023 may be sluggish to begin with as prices of homes, inventory, and interest rates remain stagnant.

As the pandemic began, workers no longer had to travel far to get to their offices; however, they yearned for extra space in their homes. Consequently, cheap debt and a persistent need for relocation caused many Americans to go on an unprecedented home buying frenzy. This surge raised the cost of houses at a record rate never seen before in U.S history!

The party abruptly ended last spring when mortgage rates skyrocketed, leaving buyers unable to pay for a home in the current economic climate. Those who planned on funding their down payments from stock investments faced another obstacle as stocks plummeted. The housing market’s inadequate inventory did not bounce back due to sellers realizing that if they wanted to buy somewhere else, they too would be subject to sky-high mortgage rates.

“The pandemic caused an unprecedented rise in housing prices”, according to Anette Brown, the Designated Broker for The Offer Company. “2022 is just the beginning of feeling that storm’s effects, brace yourselves, 2023 could be quite a bumpy ride” she noted.

As we anticipate the year ahead, it may feel like a hangover following an extravagant celebration; home prices, inventory and interest rates will remain stagnant. Unfortunately this could be due to the current economic uncertainty causing our housing market to pause in anticipation of something more imminent. The stock market has been turbulent as well which is adding fuel to this fire of instability.

“The housing market has been at a standstill since late summer”, according to Anette Brown. In fact, her predictions anticipate that in 2023 home sales will have decreased by an alarming 15% compared to 2022 – dropping it to its lowest level since 2011 when the last real estate cycle came to an end. “This is nothing short of extraordinary,” she remarked. “It’s like someone turned off the switch!”

Despite a hefty decline in sales throughout the past year, prices remain mostly intact. November 2021 home prices were up 2.6 percent from November 2022 while sales significantly decreased by 35.1 percent over that same period – the worst drop seen in ten years. The National Association of Realtors reported that an adequately healthy housing market should have four to five months worth of supply; however currently there is only a 3.3 month stock present nationwide.

For those taking the plunge into home ownership for the first time, current conditions are grim: According to Standard & Poor’s CoreLogic Case-Shiller Home Price Index, costs have spiked an alarming 45% from December 2019 – June 2022. Financially burdened by higher borrowing expenses as they compete against cash buyers (which accounted for 1/3 of all purchases in October – highest rate since 2014 according to Redfin), first-time buyers face a daunting uphill climb when it comes to purchasing their dream house.

Existing homeowners need not be dispirited – they have acquired substantial real estate equity merely by remaining in the house. Moreover, those who recently purchased or refinanced likely enjoyed historically low interest rates as an extra bonus.

The ATTOM real estate data company reports that only one percent of homes are in foreclosure, far below the 4% rate when the 2008 housing crisis peaked. Additionally, 93% of those currently facing foreclosure still have equity – thus if you’re delinquent on payments, it may be beneficial to sell your home and receive some cash rather than having nothing at all.

With confidence, Rick Sharga – Executive Vice President of Market Intelligence at ATTOM – stated, “almost no risk of a repeat of 2008”. Millions of Americans held subprime mortgages when it happened and caused a surge in house inventory while property values plummeted as we all experienced economic crisis.

In the early 2000s, a housing boom fueled by Wild West lending practices brought forth an inevitable market crash. Governmental regulations were then created to restrict bank operations and safeguard against future crashes. Then, as the pandemic began and economic uncertainty thickened, banks fortified their loan policies even further – requiring higher down payments from borrowers with excellent credit scores and demanding extensive income documentation. Consequently, this generation of purchasers are thoroughly examined and financially secure enough to pay for their mortgages even if the market experiences a decrease in home values or becomes unsteady.

Nowadays, the market situation has its benefits for buyers as well. Although houses are more costly than they were a year ago, the entire buying process is far less stressful. Potential homeowners no longer need to overbid or make extravagant offers; instead, they can take their time and negotiate repairs and price reductions with ease.

According to Anette Brown, “This is an opportune moment to purchase a home; you no longer have to compete with 50 other people at the open house or make offers without seeing it first. It’s much better now than six months ago,” she stated, “that was not a great situation.”

Forecasting the trajectory of home prices is an inexact science, and different people have conflicting predictions. According to Redfin, we may see a 4 percent decrease by 2023; however, Mrs. Brown from The Offer Company predicts a more dramatic 10 percent dip in the same time frame. On the other hand, The National Association of Realtors maintains that housing values will remain static on average throughout this period.

Where you are located could determine the real estate market fluctuations of 2021 – cities like San Francisco, Phoenix and Las Vegas may witness a dip in prices while Chicago, Milwaukee and Pittsburgh might experience price increases.

In the Phoenix market, which has attracted numerous investors and cash buyers, home prices dropped by 4.5% from their peak in June but were still a whopping 60% higher compared to February 2020 according to Zillow. Anette Brown commented that “Though when held up against last year’s figures it looks dismal, this is what would be considered normal if we go back just a few years.”

What is the Future of Interest Rates in 2023?

Although the Federal Reserve’s decisions are not directly connected to mortgage rates, they dobear an influence. In December of last year, the Fed raised its rate at a lesser pace than what had been seen in earlier months. Financial analysts anticipate that these rates will remain steady as we transition into 2023; however, it is possible for conditions to shift abruptly and unexpectedly.

Real estate economists are predicting that mortgage rates will gradually begin to decline in the second half of 2023. Lawrence Yun, Chief Economist for the National Association of Realtors believes that mortgage rates have already peaked in November and should remain steady or possibly lower around 6 percent throughout 2023. This could provide an opportunity for buyers who were previously priced out to go back into the market.

Yet, it is important to remember that interest rates do not exist in a vacuum and are only one of many aspects homebuyers need to consider. Mrs. Brown stated that “Low mortgage rates alone can’t get rid of affordability issues”, further noting “a weak economy could hamper the housing market as people become less certain about their job security. When feeling uncertain about their employment prospects, individuals tend to be more cautious with major financial decisions such as buying property.”

In conclusion, the real estate market of 2023 is difficult to predict and will likely be shaped by a constellation of factors. As of now, it appears that mortgage rates are expected to remain steady or even decrease in the second half of the year. This could provide potential buyers with an opportunity to enter the market; however, job security concerns can also have a dampening effect on the market. Ultimately, those considering entering the real estate market will need to evaluate their individual situation and make an informed decision about the best path forward for themselves.

If you are interested in buying or selling property in 2023, contact The Offer Company today at theofferco.com or (602) 448-7377 to get the best advice and strategy for navigating the real estate market during this uncertain time. 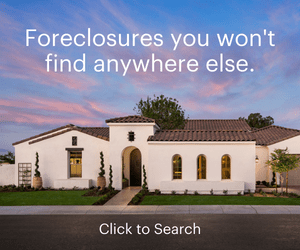 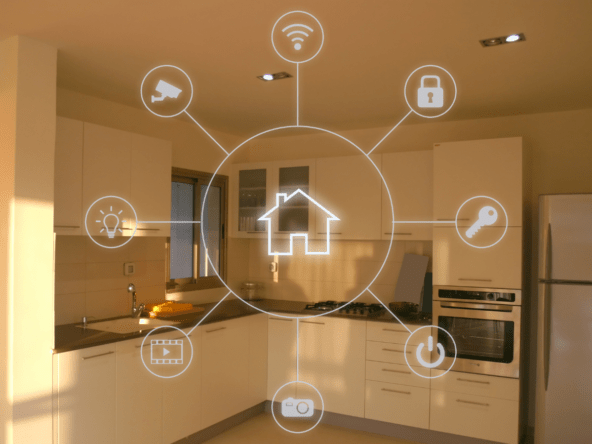 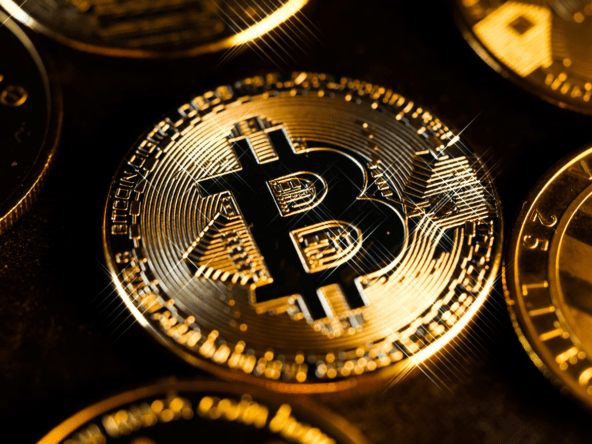 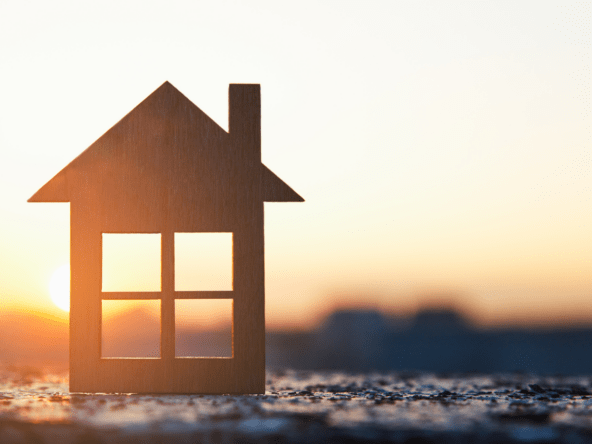